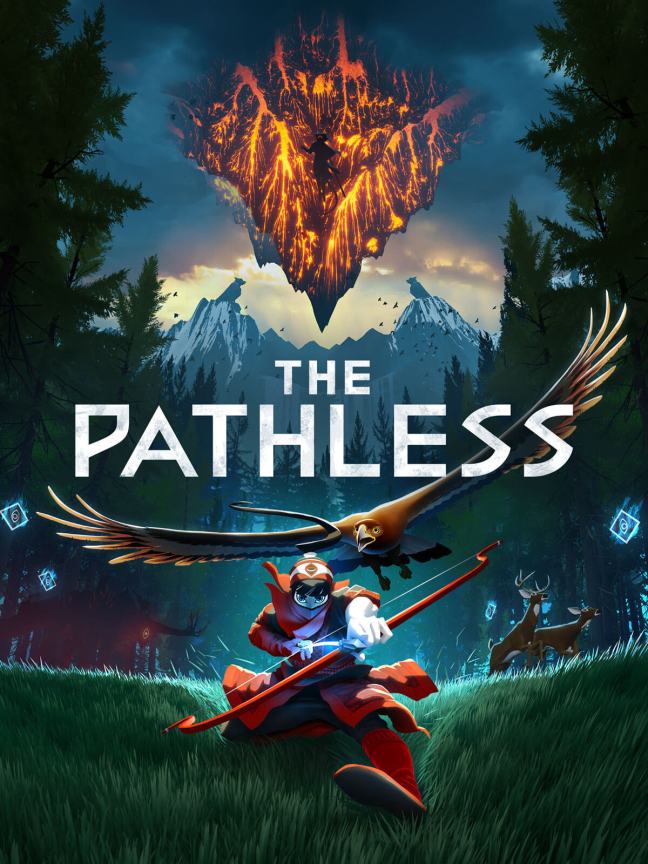 The Pathless is an action adventure game brought to you by the same people that made ABZU (which I have not played). But, if you are a fan of games such as Shadow of the Colossus, or Journey which I am then I believe you will like this game. The game also takes some open world inspiration from the likes of the oft-mentioned Zelda: Breath of the Wild.

You are the last in a long line of Hunters and you make your way to an island where the gods of the world reside in order to stop the source of a darkness spreading over the world. You and your trusty bow and arrow along with a later animal companion will free the gods (also called Tall Ones) from their corruption and fight against the “Pathfinder” as he is called who wants to unsurprisingly take over/destroy the world as you know it.

The game is absolutely gorgeous and you could definitely get lost dashing around it’s vibrant location. Exploration is fun, and combat is fairly simple once you get the hang of it. There is an interesting lore that deepens the main story though you have to actually look around the world for it (which is part of the fun of the game).

Boss battles are fun, and have some interesting phases/provide some challenge. But towards then end I was wishing the last two bosses in particular had been tweaked a little more or an additional phase added.

Overall a solid and enjoyable game.

Con’s:
End game bosses could use just a little work