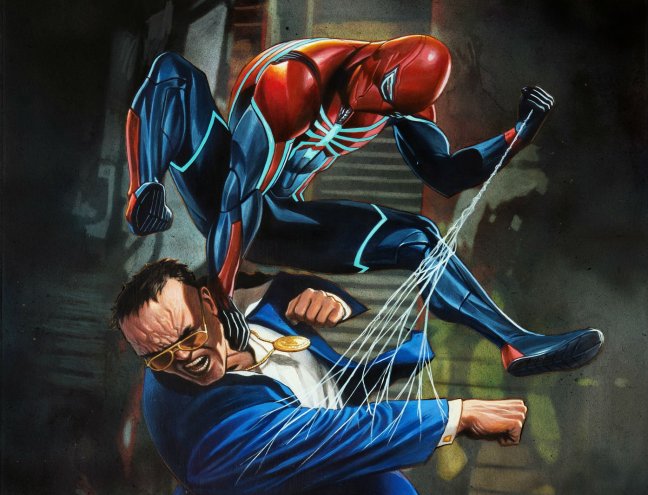 Spider-Man: Turf Wars DLC picks up where the last one left us. It’s still more of the same, which isn’t to say that it is bad just a little less exciting.

Screwball is still around. And this time you have optional Hammerhead Fronts to take down (basically the Demon Hideouts from the main game). Be prepared for a random difficulty spike in the Fronts compared to the rest of the game.

The story of this episode has us working with Captain Yuri Watanabe (who becomes a more fleshed out character) going up against crime boss Hammerhead as he attempts to consolidate his hold on the Maggia crime family and return them to former glory. There’s a lot more action in this story and we once again get a new enemy type. Hammerhead has equipped some mob guys with left behind Sable tech including jet packs and energy shields making for quite a few hectic fights. All this leads to an intense final battle which leaves us with another interesting ending.

I’m not quite sure what the last DLC episode will entail but I’m excited to see what happens.